This was followed by another Visibility Session were the focus was on science communication and how to distill the message.  In addition to the larger discussion, we worked in pairs and did a couple of different exercises.

One member of the pair was given a picture and had to describe it to her partner in an effort to get her to replicate it in a drawing.  Next we repeated a similar exercise, but could not use the names of common shapes in trying to explain the picture.  Circles became Cheerios and ovals became eggs.  The point was that not everyone is familiar with the vernacular of our “science” and if we are going to be effective communicators, we need to know our audience and adapt to their needs.

Next we had to deliver a 2 minute elevator pitch to our partners about one of our passions.  For me, it was about the environmental impact of healthcare.  Then we had to cut it down to a minute.  Then to 30 seconds.  By then end, each our our 30 second pitches was remarkably much better than the original 2 minute version.  It was also valuable to practice on each other as we were able to adopt some of each other’s style and verbiage into our own pitches.  #StrongerTogether.

Next we had a science lecture about climate change in Antartica by Sharon Robinson, one of our on board science faculty.  Sharon is a professor who researches how Antarctic plants respond to climate change.  Our voyage was around the Antarctic Peninsula which is in the western portion of the continent.  The peninsula has already increased in temperature by 2.5 degrees Celsius over last 50 – 100 years.  As Sharon explained it, one of the forces driving this marked increase in temperature is a change in the southern hemisphere wind jets due to depletion of the ozone layer.  As a result of this warming, there has been an increase in glacial melt in the region.  At several different points on our trip, the crew commented on areas where they could appreciate a change in the landscape.

The afternoon started with another great Symposium at Sea session.  It really was so interesting to learn about one another’s work back home and these sessions really stimulated great conversations and hopefully continued collaboration.

We had an afternoon landing at Cuverville Island.  Curverville is the site of one of the largest Gentoo penguin colonies on the Antarctic peninsula.  While climate change has negatively impacting the Adélie and the Chinstrap penguins (the other penguin species we had seen thus far), the numbers of Gentoo penguins are actually increasing.  Gentoos are less reliant on krill, a small crustacean and the mainstay of the diet for the other species.  Krill has decreased in the Antarctic waters due to climate change and the impacts of commercial harvesting (I believe largely for human fish oil consumption).

Cuverville and the surrounding ice and scenery was absolutely beautiful.  The day was overcast and there was intermittent snow fall.  Back home, this would have been a gloomy day.  In Antarctica, not so much.

As the penguins traverse the snow, they follow penguin highways, tracks in the snow that are maintained by constant use.  Humans are not permitted on the highways.

The penguins were busy building and incubating their nests.  The nests were made out of small rocks that the birds would carefully arrange.  Given the proximity of the nests, sometimes the rocks for one nest were taken from a neighbors nest.

Penguins are as graceful swimmers as they are awkward walkers.  Often we would see groups of penguins swimming in the water together.  When floating together they are referred to as a raft of penguins.

In addition to teaming up to swim, penguins team up to fight off their predators.  Skuas are predatory birds that will eat penguin chicks.  In this video, you see a skua near the penguin breeding area.  Several of the penguins work together to scare it off, though once the skua is gone, they quickly resume barking at each other to protect their territory.

Toward the end of the video, you hear me make the comment that the penguins need to be told the rules too.  The Antarctic treaty and tourist agreements state that tourists are not allowed closer than 5 meters to the penguins.  Simple enough, but the penguins weren’t aware of this rule and would often come closer.  The tricky part was figuring out what to do so as to not be too close, but also not be disruptive.

This video is a little long, but I set my camera on a rock and just hit record.  Toward the end there are a couple of penguins who walk by relatively close to the camera.

The scenery with the overcast lighting was really striking.  I love the comparison of these 2 pictures below.  My object of interest for both pictures was the penguin, but my camera focused on the background ice for one of the pictures.  I’m honestly not sure which I like better.

As always, the ice did not disappoint.  The change in lighting just made it beautiful in a different way and despite the overcast skies, the ice continued to glow blue. 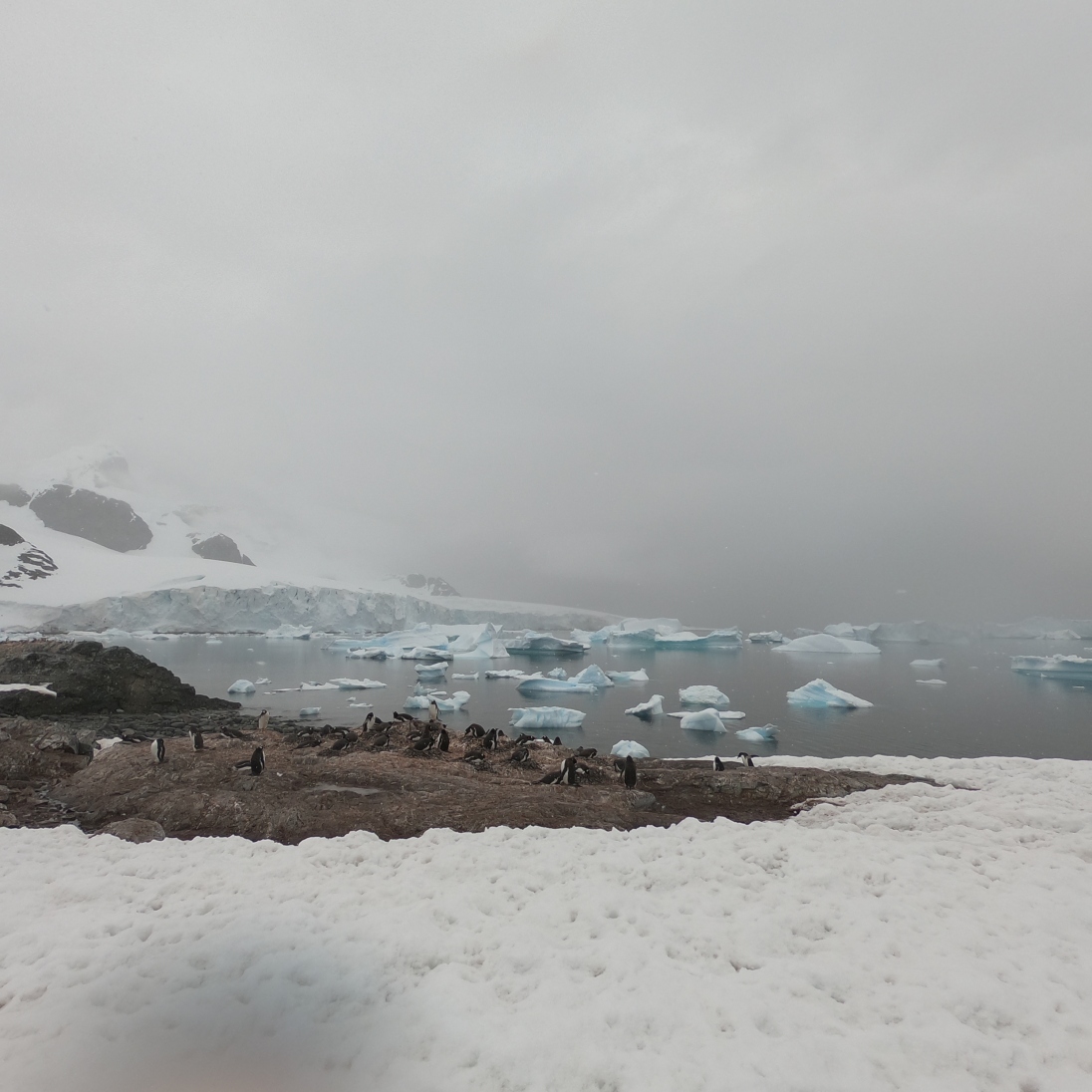 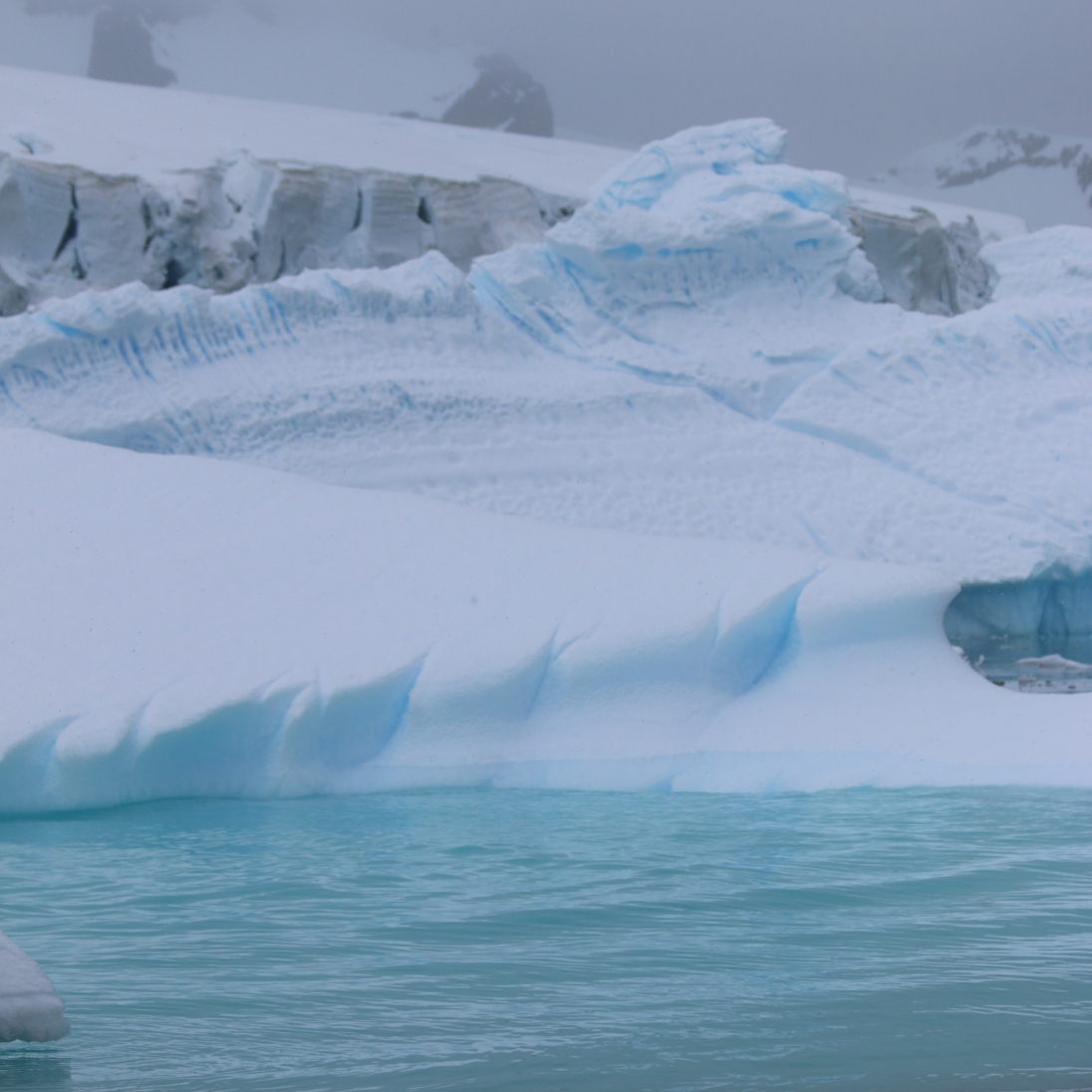 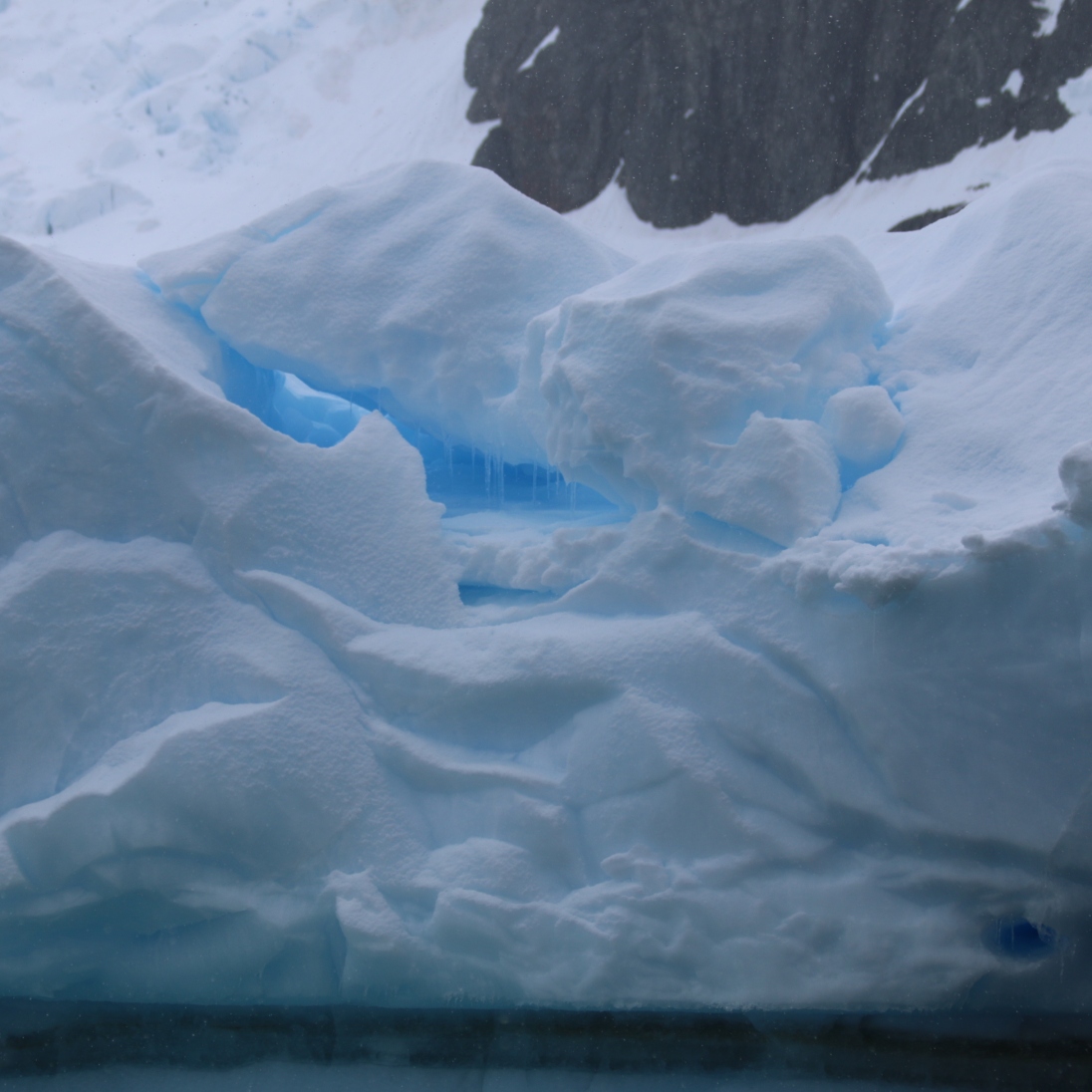 Our wildlife encounter for the day was not done when we left the island.  We were lucky enough to come up on a pod of Orcas.  I’d never before seen Orcas in the wild, so this was pretty amazing.  The pictures don’t do it justice.  #AntarcticaisAmazing 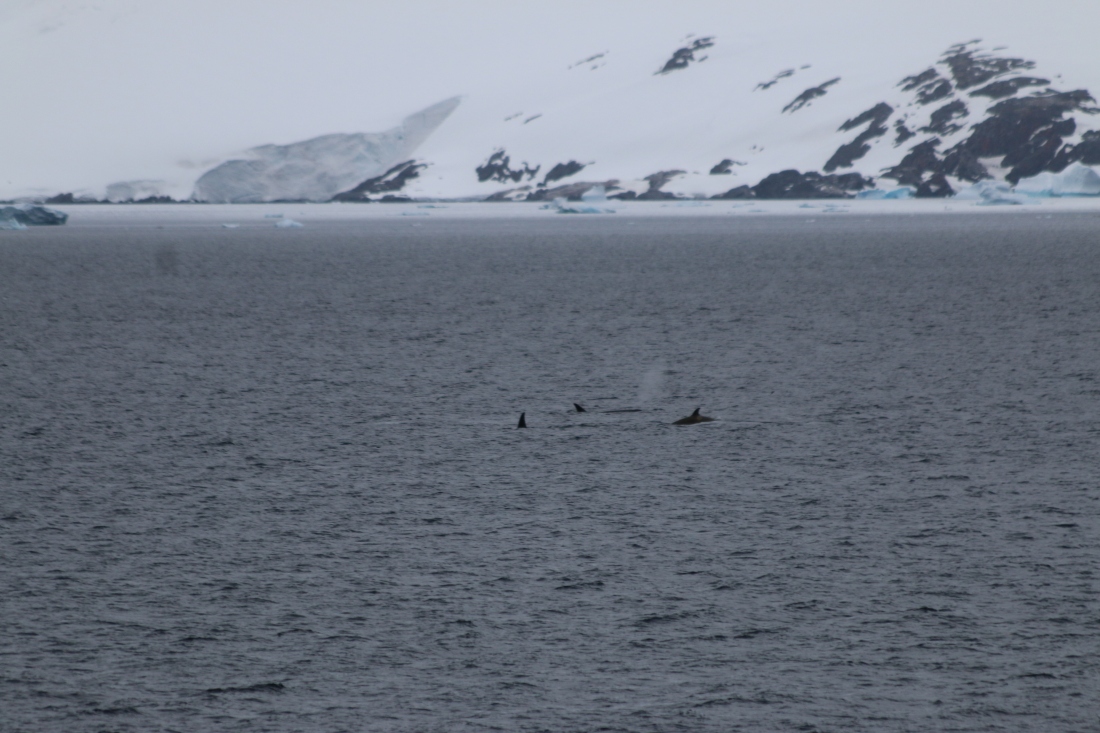 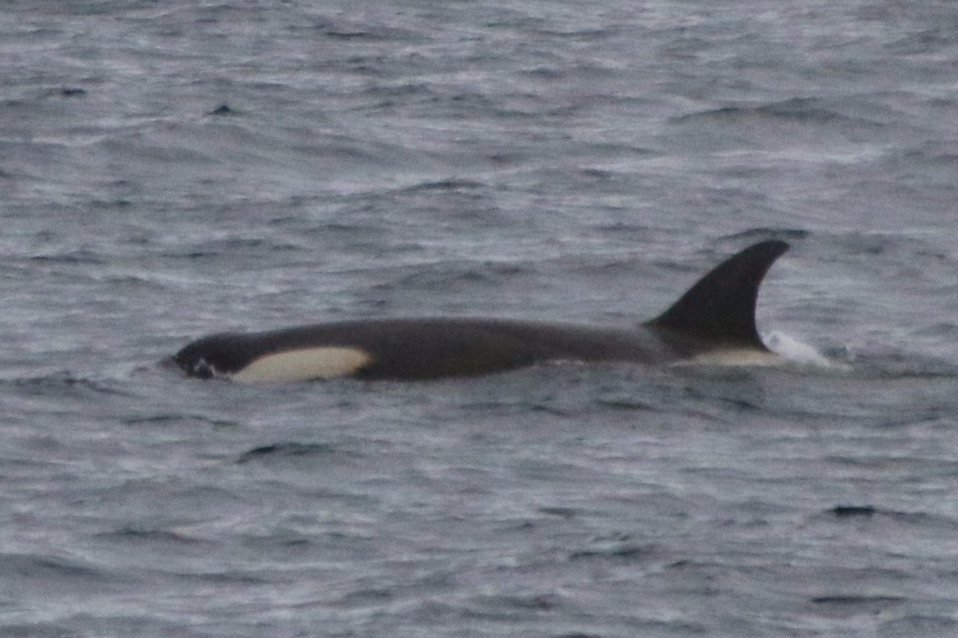