We started off the day with a Visibility/ Communication session that came to be known as “Collaborama”.  We took A3 pieces of paper and at the top wrote our name and email address.  On the left side of the page we made a column for “How I Can Help Others” and on the right, a column for “What I Need”.  We then made a list under each heading.  I found it much easier to list the things I needed than the ways I could help.  I think it was a combination of self doubt, a reluctance to promote myself and the feeling there was little I could offer such an accomplished group of women.  I started my “How I Can Help Others” list with something I knew no one else in the group would have, “I can take out your appendix.”

Once we had our lists complete, we posted them where we had been sitting and walked around looking at each others’ sheets.  We were armed with small sticky notes and when we found a page where we could help or be helped, we posted our name and email address.  You probably won’t be surprised to learn no one took me up on my appendectomy offer.  This session was great fun and provided another opportunity to further solidify our relationships with one another and opportunities for future collaboration.

Today’s landing was scheduled for Port Lockroy where we knew we would have the opportunity to mail postcards, so as we finished up Collaborama many of us used the time to get our last minute postcard writing done.  Beth Strain, a marine biologist from Australia, suggested we send notes to our political leaders.  I thought about limiting my postcard to 140 characters, but decided my message would be more effective and thoughtful without the limitation.

After this session was complete, we had our final Cover Story session.  As a result of this activity and prior work, we narrowed our focus on projects we, as a group, would continue working on after the voyage.  This included things like finalizing and broadly distributing a fact sheet about gender differences in the STEMM fields, developing additional STEMM and leadership workshops, working on ways to fundraise for the program, developing scholarships for women who don’t have and can’t raise the funds necessary to participate in Homeward Bound, and decreasing the environmental footprint our our own activities.  It is exciting to think our voyage is the start, rather than the end of our efforts.  With each new cohort, our momentum gains.  #StrongerTogether

Port Lockroy, a British site, was initially developed in the 1940’s to patrol for German U-boats.  Subsequently it was a research station, but today is a historic monument.

Prior to the British station, the harbor was used for whaling.  Yet again, the scenery was spectacular.

There were seals on several icebergs in the harbor.  While it was very exciting to see seals, there was often very little excitement from them, to the point it was concerning.  I found myself looking for respiratory effort to confirm they were alive.  Fortunately, they always were. 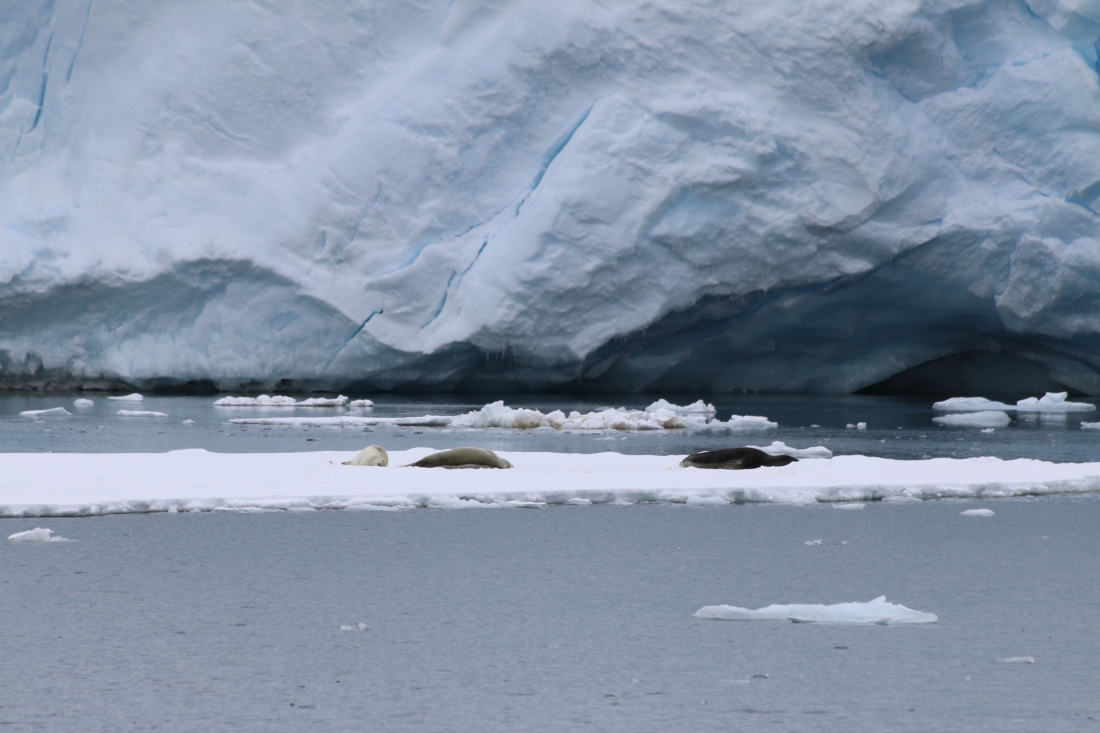 We got a bit closer to this one, a leopard seal.  Leopard seals are one of the largest predators in the Antarctic.  We suspect this one may have just finished eating.  I included the picture of the Zodiac for perspective.  This was a very big animal.  (Last year I heard Paul Nicklen, a National Geographic photographer, give a talk where he described his experience filming a leopard seal.  It was a remarkable story and your time would be well spent looking up his photos as well as his other work.)

There was a colony of gentoo penguins at Port Lockroy, so lots of penguin pictures to follow.  In my opinion, there can never be too many. 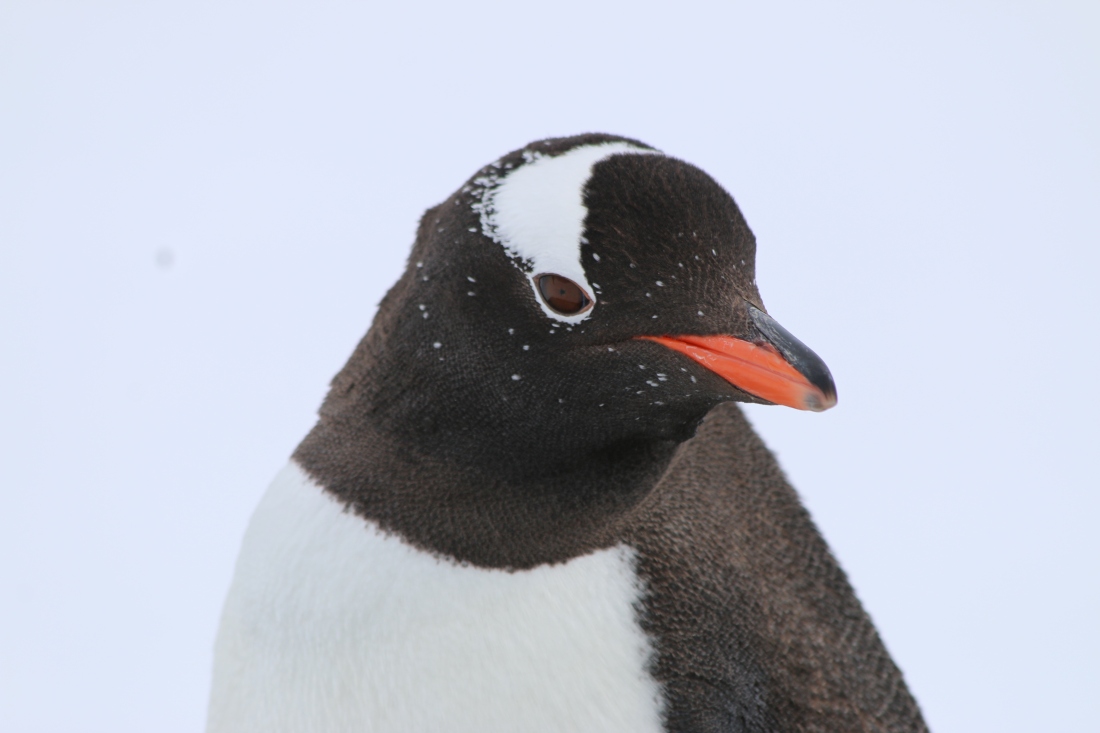 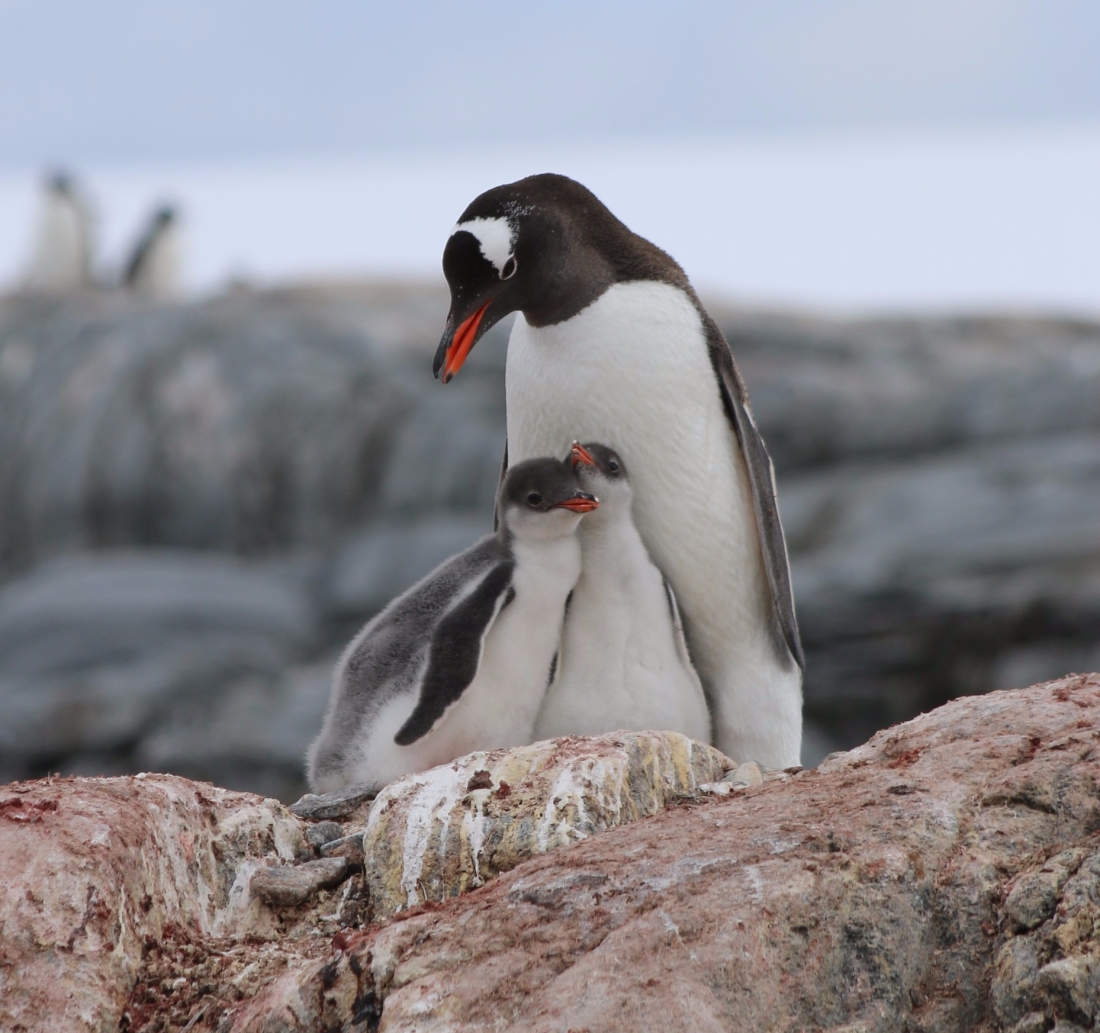 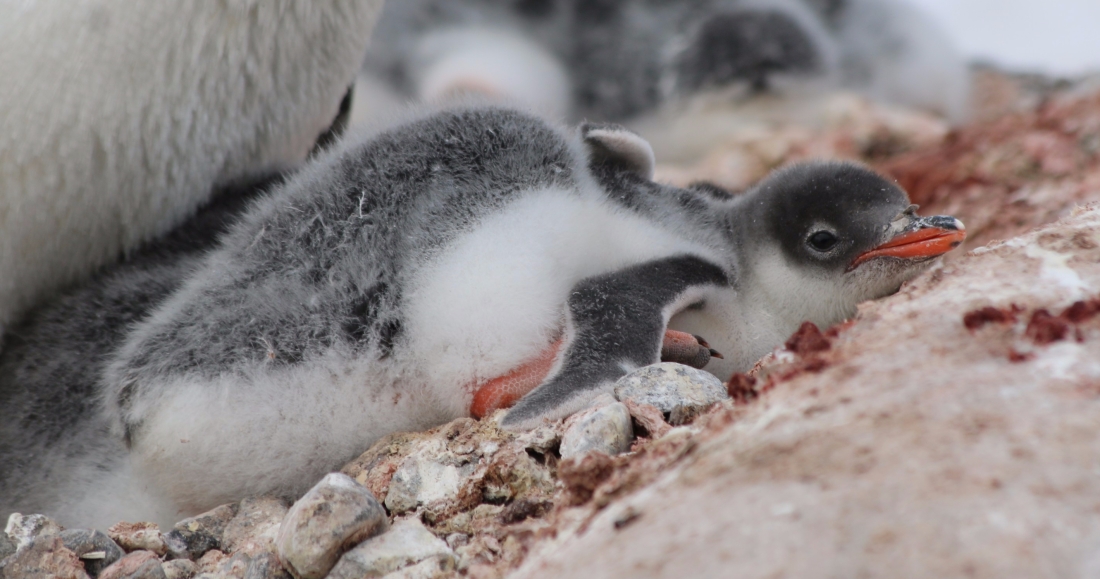 For as clumsy and awkward as penguins seem walking on land, they are incredibly graceful swimmers.  I tried to capture this on video, but was largely unsuccessful.  This clip barely catches them swimming, but shows the transition from the water to land.

At one point, unbeknownst to me, I was being followed.  Ginger Yeh caught the end of the encounter in this video.

Port Lockroy is also the site of the southernmost post office.  Many of our cohort enticed sponsors with the promise of a postcard from Antarctica.  They literally had stacks of cards to mail.  I mailed about 15.  It took about a month for most to reach their final destinations.  I still haven’t received confirmation from the White House.

The building containing the post office was set up as a museum.  The medication bottles reminded me of the pill bottles my great-grandmother had in her apartment.  They are now in my office at work. 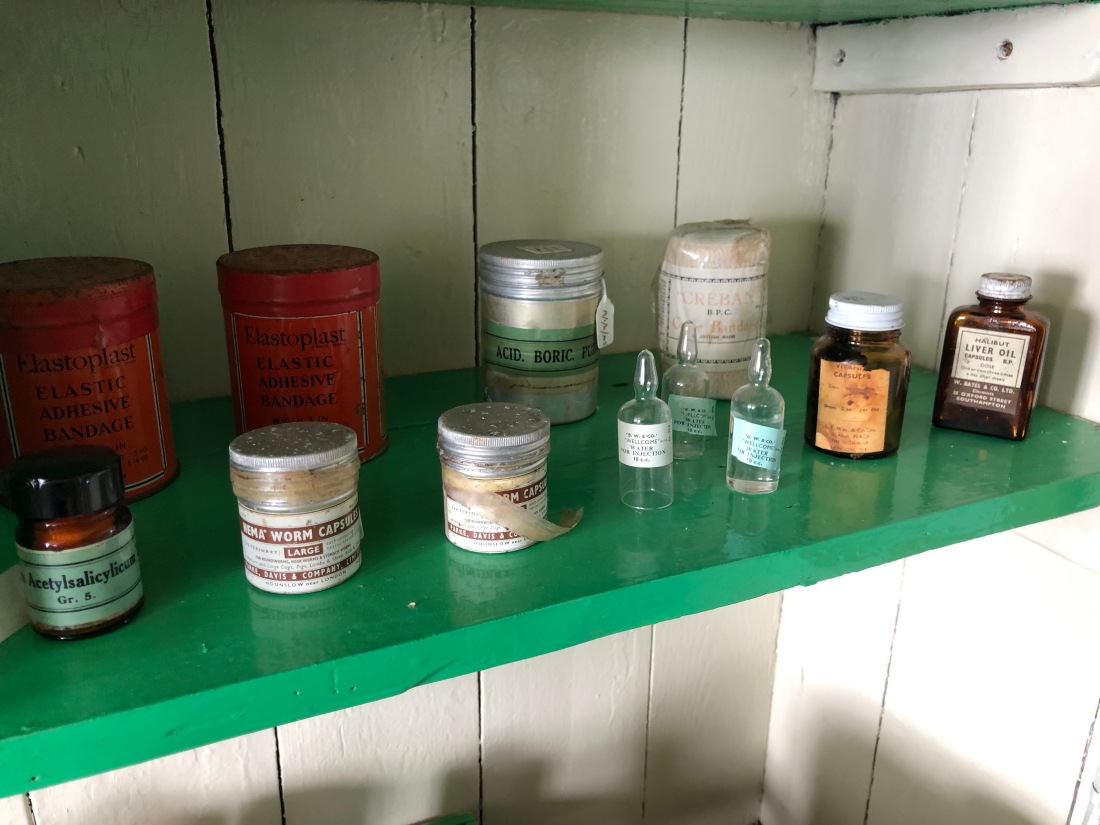 This was my passport stamp from Port Lockroy.

Since I forgot to include my Palmer Station stamp in my earlier post, here it is now. 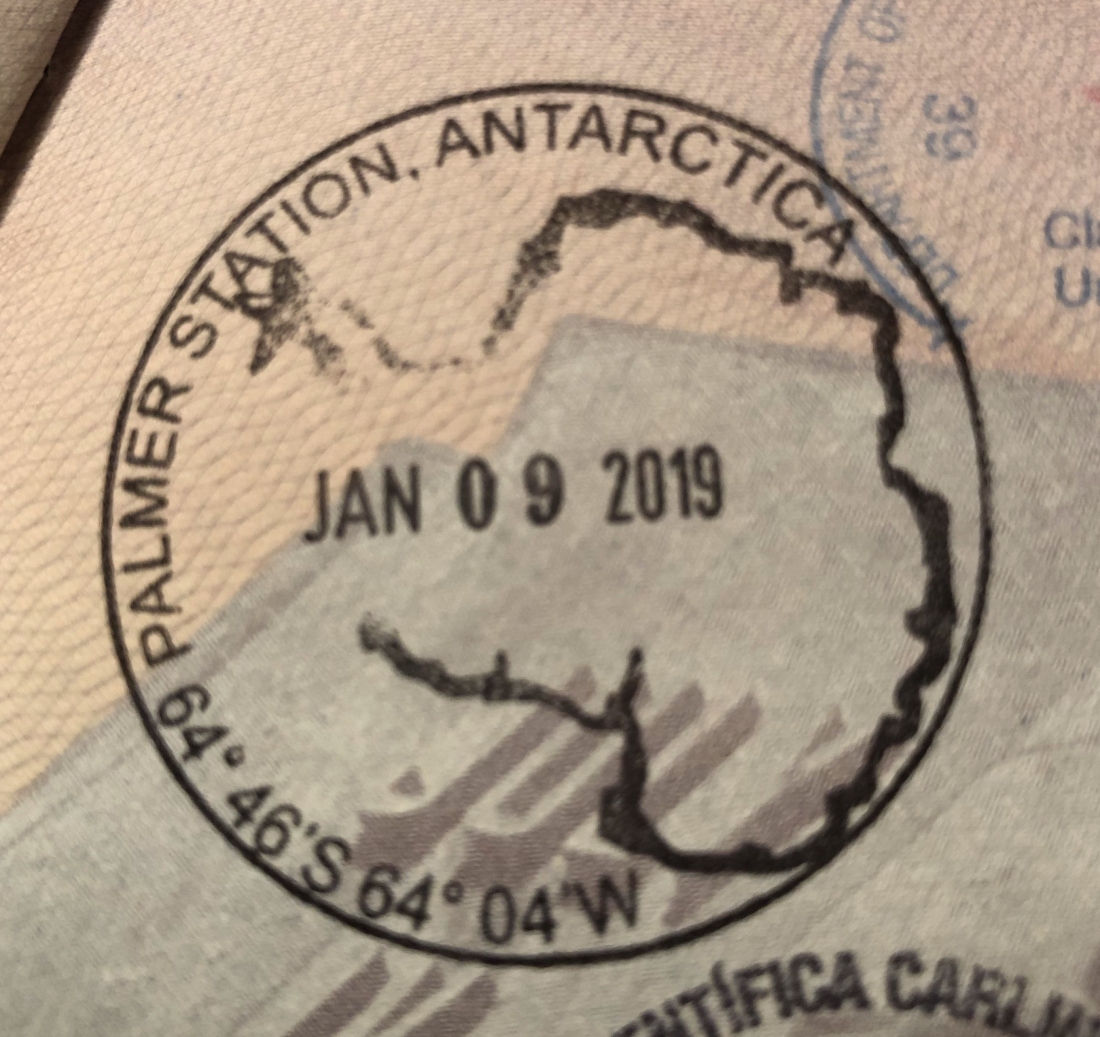 As we left Port Lockroy, rumors began to fly about our activities the following day starting at 6 am because the ship’s captain wanted to get out on to the Drake Passage before an impending storm.  Ultimately we were told that the day would start at its normal time, but as we sailed away from Port Lockroy, it felt like we were racing time.

As we sailed on after dinner, there was a sense of finality.  The weather was beautiful, the sunlight on the water and ice was perfect and we wanted to soak up every last possible view.  We passed several whales and while I realize this is completely a human projection, it felt like they knew we were leaving.  We kept snapping away pictures hoping against hope we could make it last forever.

It was bittersweet, but I was grateful for my experience, my Homeward Bound family, and Antarctica. 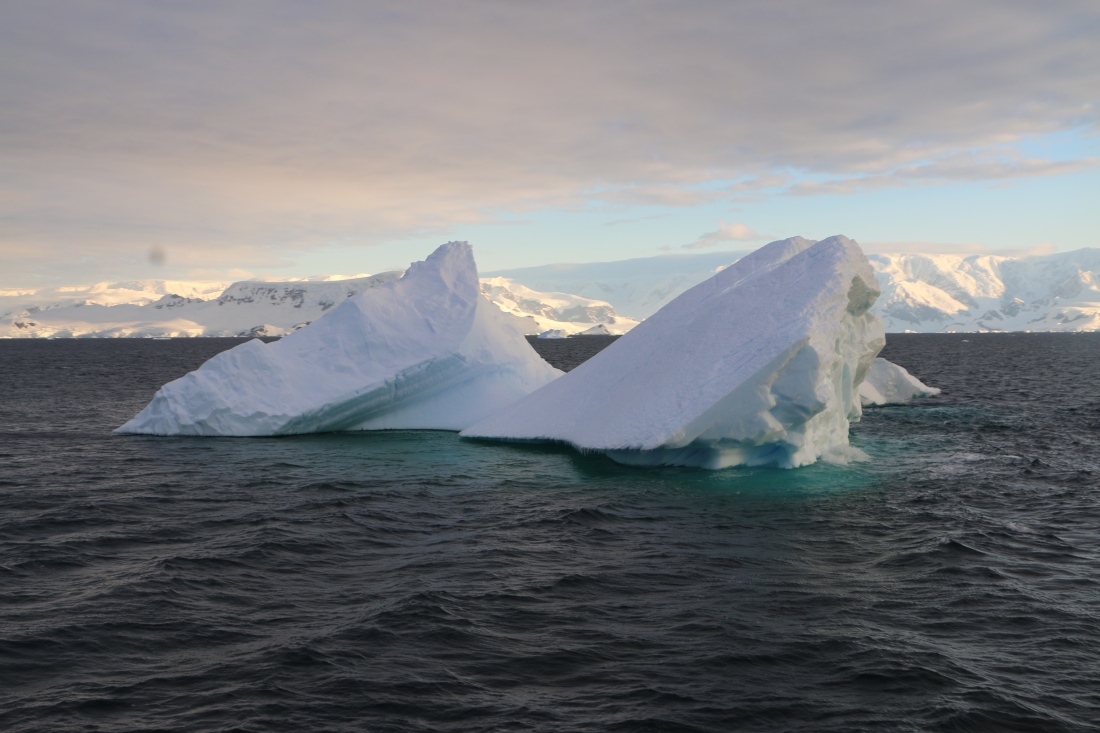 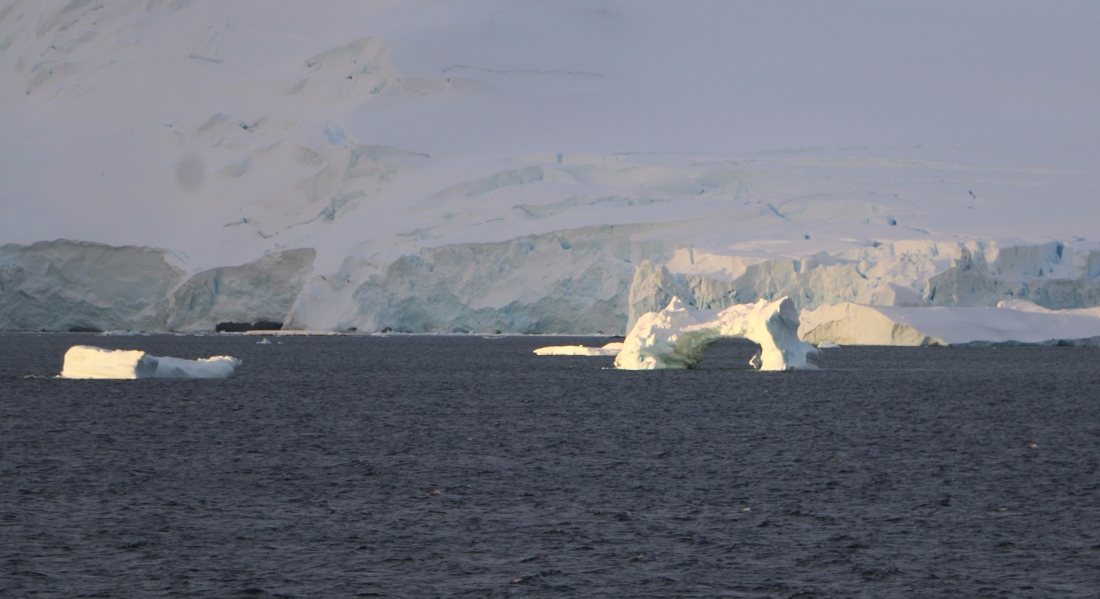 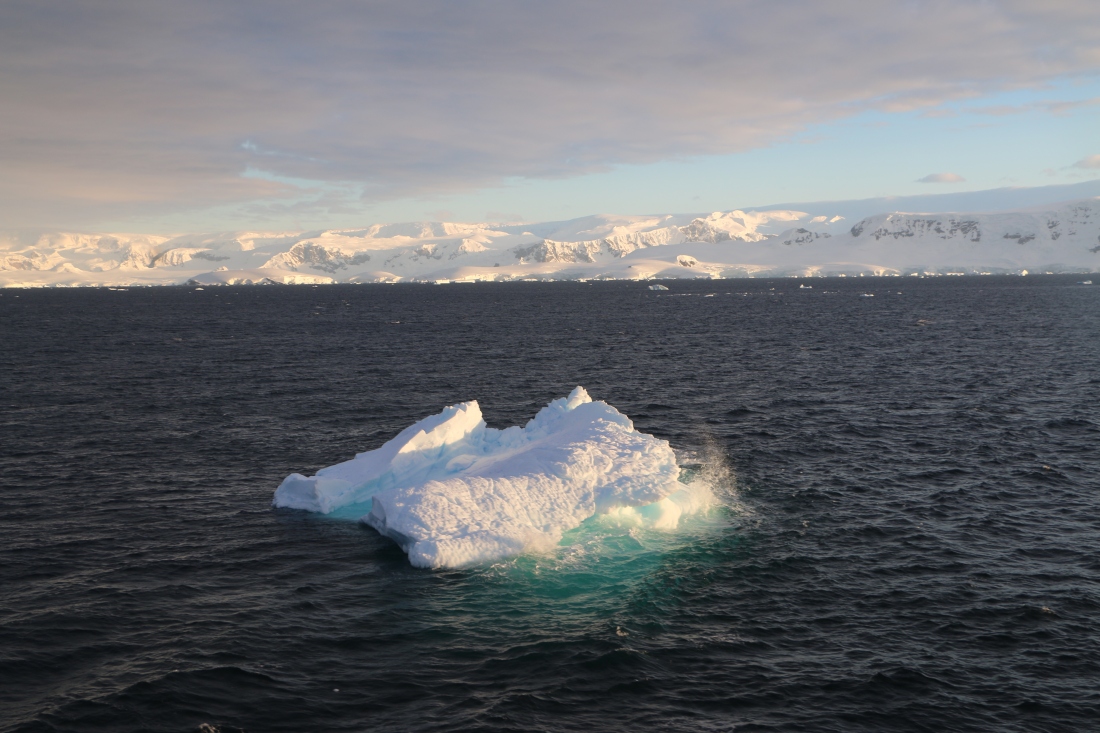 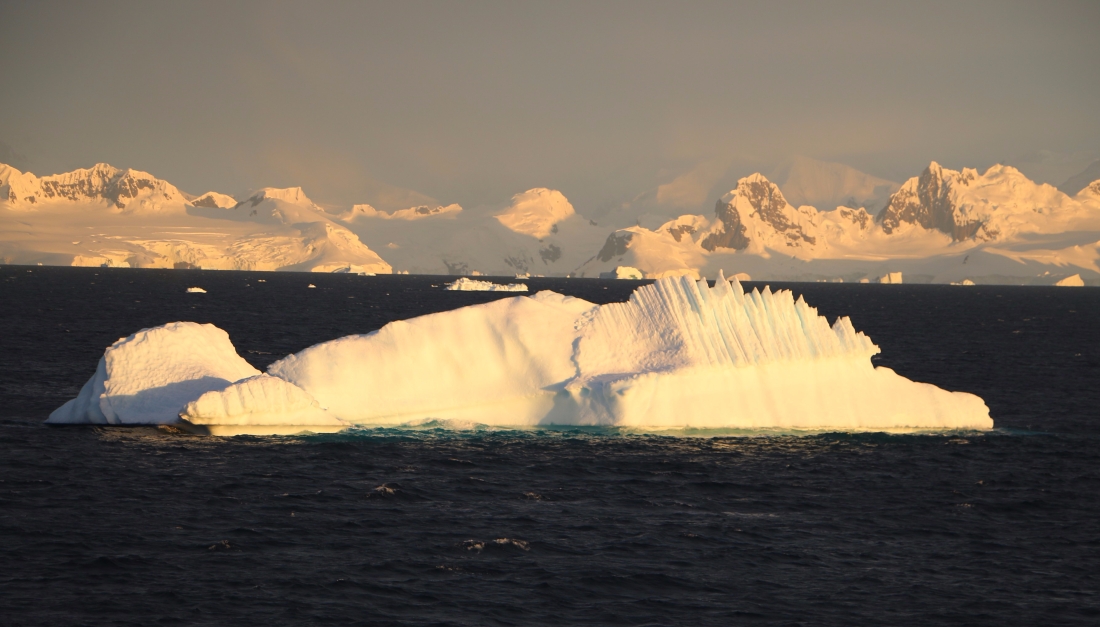 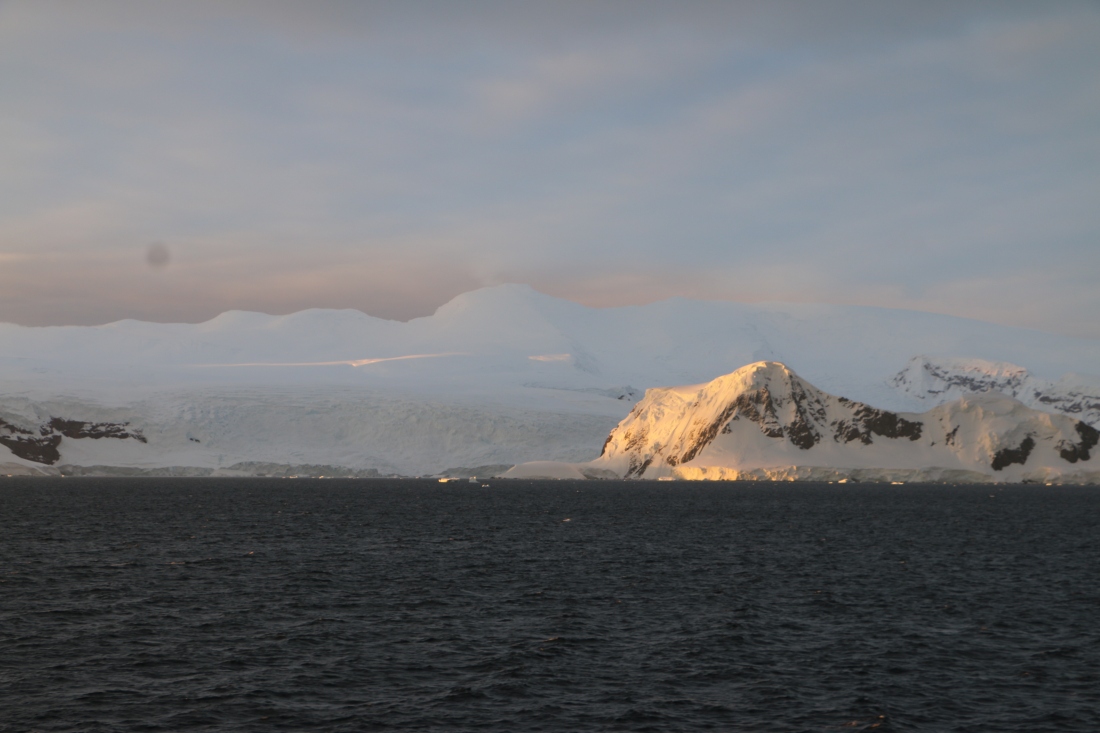